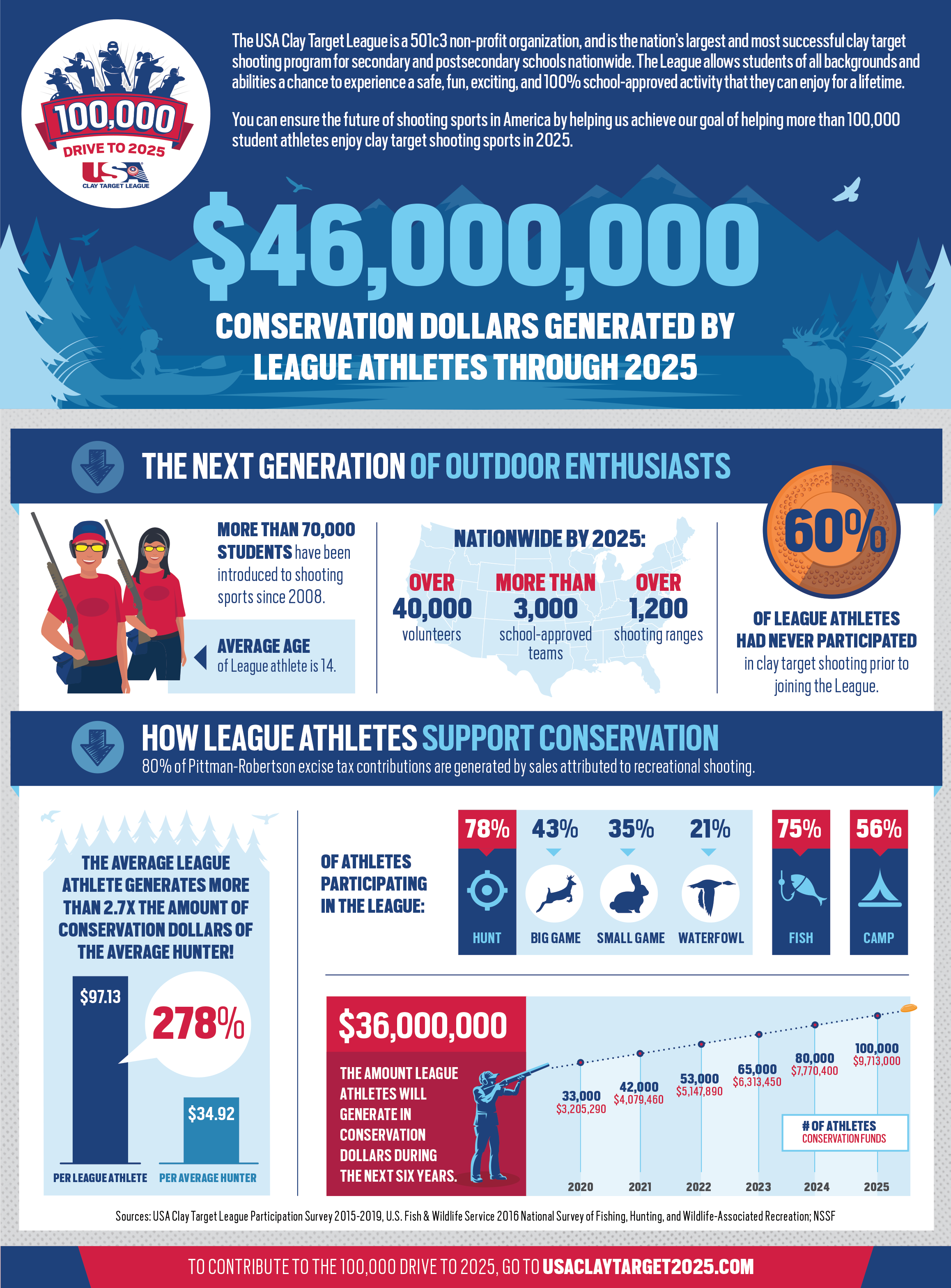 Hunting and Fishing are a strong part of America’s outdoor heritage, and that heritage has been in danger.

According to a 2016 survey by the U.S. Fish and Wildlife service, less than 5 percent of U.S. citizens age 16 and older hunt—and that percentage has been going down steadily each year. Reversing that trend is a priority for conservation groups nationwide.

The USA Clay Target League has been an important partner for conservation groups working to protect America’s outdoor heritage. By providing an avenue to reach young Americans, groups such as the National Wild Turkey Federation, Rocky Mountain Elk Foundation, Delta Waterfowl, Pheasants Forever, and others have been able to spread their important message, recruit young people, and support local teams across the country.

The trend in hunting has been mirrored at our nation’s gun clubs. Across the country, gun clubs and ranges have been fighting a losing battle to survive. Facing a decades-long decline in hunting and target shooting participation, ranges have been forced to shutter their doors because of lack of membership and income.

For clubs that partner with high school teams in the USA Clay Target League, that narrative changes. Instead of declining membership and shuttered doors, clubs are experiencing a new renaissance. Clubs that were once on the verge of extinction are now flourishing as young men and women—and their parents—participate in clay target shooting.

Instead of closing, clubs are expanding with new buildings, additional ranges, and more importantly, excited new members. One such example is a club in Minot, North Dakota, which installed six new trap houses to accommodate the 250 local high school clay target athletes that shoot there. “It’s been great for our club,” said Matt Monson, Minot Gun Club president. “We have a lot of new members, a lot of families coming out to give it a try.”