A Billion Dollars To Spend

Owner and CEO of SKB Shotguns Rob Johansen says the League has been a “godsend” to the shotgun industry.

“It’s easy to understand just how important the League is to the firearm and shooting sport industry as a whole,” Johansen says. “This year the League had over 34,000 participants. That number alone represents tens of millions of dollars of industry spending on shotguns, shooting vests, safety equipment, and tens of millions of rounds of ammunition.”

But the economic impact doesn’t stop there.

With the industry's help, the League can guide, encourage, and grow the next generation of shooting sports enthusiasts. 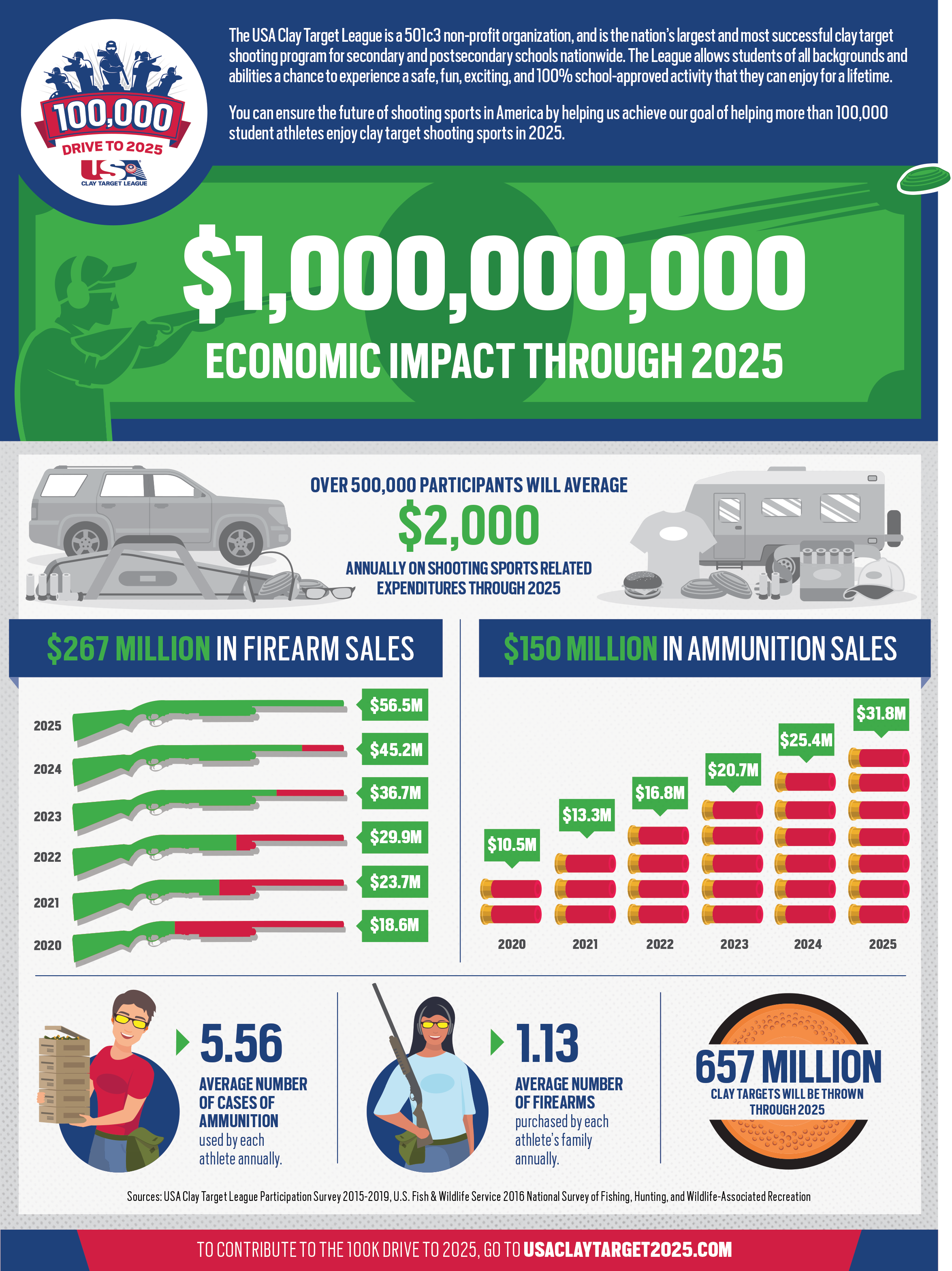